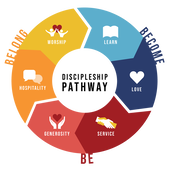 Mission: To make disciples of Jesus Christ for the transformation of the world.

Vision: Making Space for God and Others

We will be a vital community of growing disciples who reach beyond our walls to share the love of Christ and create relevant opportunities for others to seek, care, and serve with God.

Our mission, values, and vision speak to who God has called and is calling Crooks to be as we strive to make disciples of Jesus Christ for the transformation of the world.
Our Guiding Principles
learn more about our Discipleship Pathway

​After graduating from a university (Majored in Voice in South Korea), I served a mission agency as a worship team leader, short-term mission abroad leader, and discipleship training leader for about ten years. During and after graduating from a Methodist Seminary (Th. M in Missiology in South Korea), I served four local churches as the pastor in charge of Youth, Young Adults, Worship Leader, and Adult Group at the Seoul Annual Conference. I was ordained as an elder pastor in April of 2010 at the Korean Methodist Church Seoul Annual Conference. After moving to America in 2011, I studied at the Liberty Seminary (MA in Worship Studies, Lynchburg, VA). In the meantime, I served the people in Lynchburg downtown as an evangelist by doing 1:1 evangelism and discipleship, open-air preaching, and leading worship. After graduating from the Liberty Seminary (2014), I served at Twin Lakes Charge (Lynchburg district) for two years and have served East Franklin Charge (Danville district) for six years.  I'm looking forward to seeing all of God's people at Crooks Memorial UMC with great expectations of how God will lead us in His goodwill and providence.

Charles Humphries
Director of Music Ministries
Charles Humphries’ vocal career began in the United Kingdom as a 7-year-old chorister at Salisbury Cathedral and since those days music has taken him to all parts of the globe. A graduate of the Royal Academy of Music, he is known for his intelligent interpretations of baroque and renaissance music.  This has led to his being one of the most sought-after countertenors worldwide for the past thirty years.  As a consort singer and soloist, he has made over fifty recordings, including a solo album of Bach Cantatas. He is also a vocal coach, teacher and mentor nationwide, and visits universities and schools giving masterclasses and workshops.

Charles’ passion and calling has returned him towards church music and the leading of worship with choirs, organ, and instruments as well as continuing his singing.  He most recently served as Interim Music Director/Organist at Smithfield Episcopal Church.  Prior to this he served for 3 years as the Music Director at Ware Episcopal Church.  Charles has experience with both children and adult choirs, as well as directing handbells.  During his time at Ware he created the highly successful concert series “Ware is the Music” incorporating International and national artists offering music of the highest caliber bringing art to the community.  Charles brings a level of creativity, commitment, and excitement that we believe will build upon and expand our strong music ministry at Crooks.  He looks forward to seeing what God will do through our partnership in ministry. 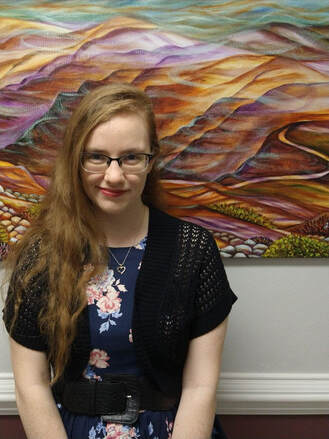 Rylee Rucker
Administrative and Communications Assistant
Rylee is a graduate of Radford University, with a Bachelor's Degree in English, with a concentration in Professional and Business Writing, and she is very excited to be putting her skills to work with the Crooks Memorial community. She was born in Alaska and spent her early childhood moving around, and she has lived in seven different states throughout her life. Currently she lives in Newport News with her grandmother, Shirley, and is happy to be so close with her. In her free time, Rylee is a creative writer, and is currently living up to the classic English major stereotype of writing a novel. ​ 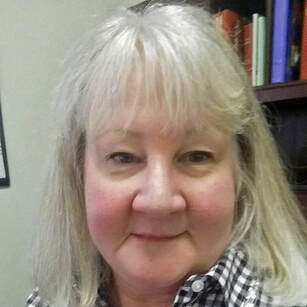 Kristie Brookshire
Finance Administrator
Kristie received her Associates Degree from Commonwealth College and has over thirty years of administrative and client service experience, including over ten years of finance administration within the United Methodist Church. She lives in Hayes with her son, Trey and husband, Clay. Kristie enjoys spending time with family and looks forward to visits with her son, Jamie's family from Annapolis, including her two grandsons.   She enjoys reading, going to the movies, and is a novice knitter.

Katelyn Brennan
Nursery Coordinator
My name is Katelyn Brennan. I grew up in Crooks. I'm newly married, and my husband is in theCoast Guard. I'm a cat and dog mom. When I'm not here, I'm working as asstiant manager at The Children's Place, doing hair, or babysitting. When I'm not at work, I like spending time with my family, friends, and pets.